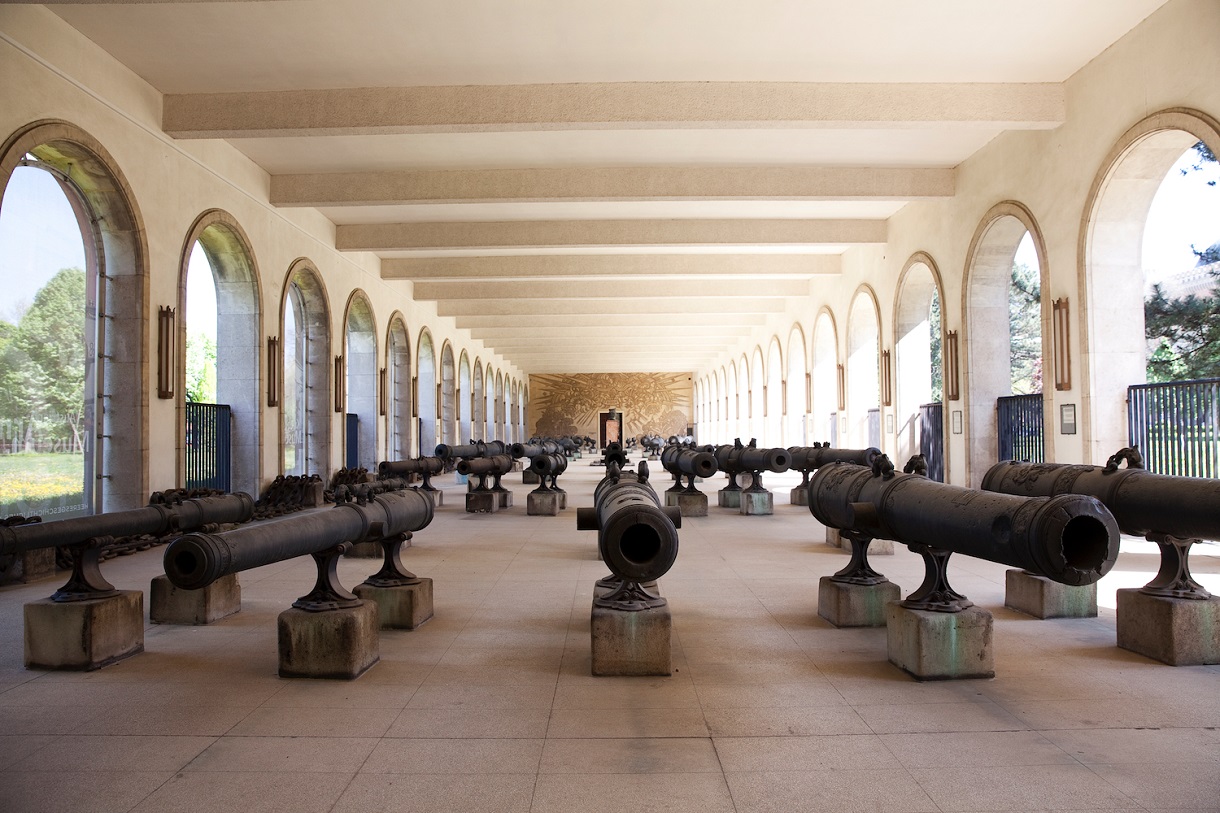 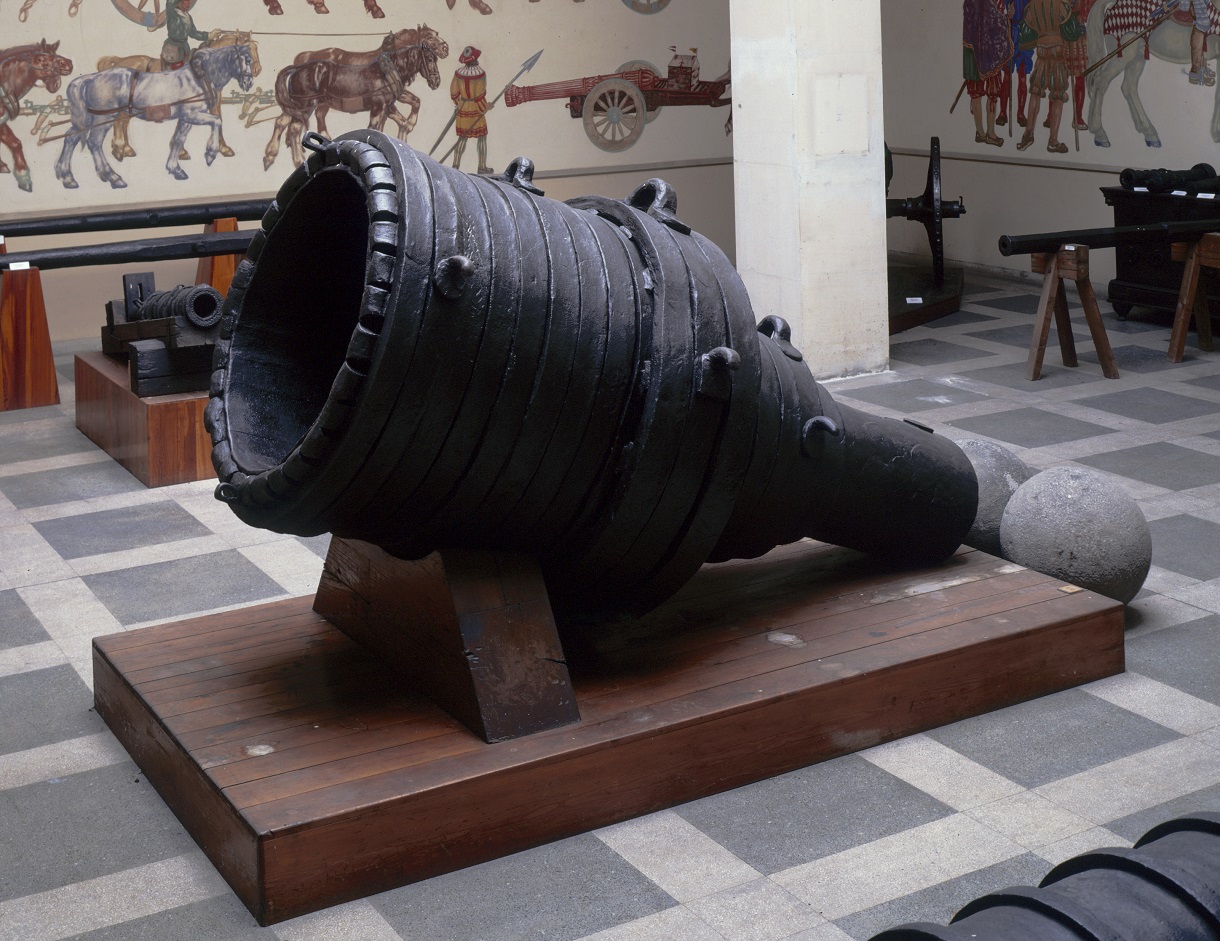 The cannon collection of the Museum of Military History comprises 550 guns and barrels, representing one of the most important of its kind. The majority of holdings were derived from the old imperial armoury. By way of incorporation of projected material and test guns of the Austrian-Hungarian technical and administrative military committee, the collection increased steadily, recording new acquisitions also during World War I. The total number of existing guns, which can only be estimated today, will probably amount to approximately 1,200 barrels.

During World War II, numerous items of historical value were used and melted down for the extraction of iron and non-ferrous heavy metals. This procedure was continued in the immediate post-war area in order to finance the reconstruction of the museum through the sale of melted gun material. 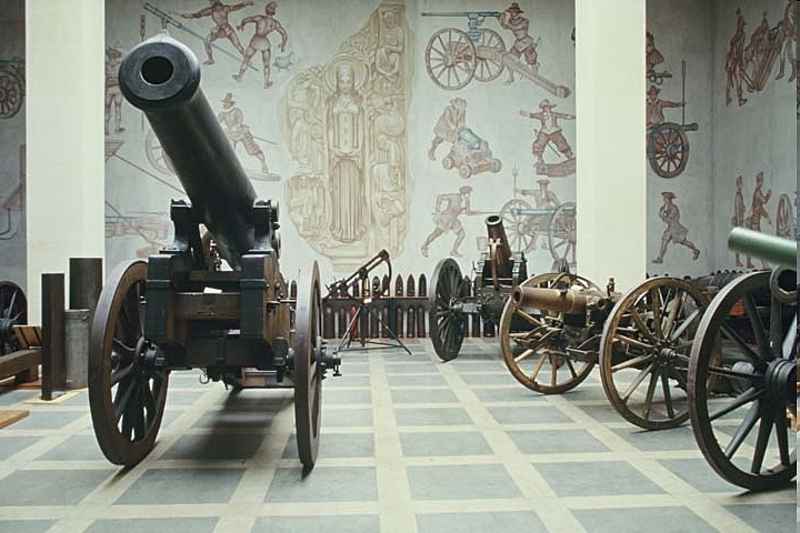 Beside the exhibits that are shown directly in the halls and in the front area of the Museum, the bulk of gun barrels is presented in two special buildings, namely the so-called artillery halls.

The building left of the museum depicts the development of the Austrian artillery, from the Middle Ages to the 18th century. Apart from smaller stone cans from the 15th century, it is above all the “Pumhart of Steyr”, a thousand-pound stone can, which is impressing.

The artillery hall on the right houses mostly examples of gun barrels of “foreign nationality”, which are positioned in the central area. The two side chambers, in turn, present pieces of Austrian artillery, whereby one chamber features numerous early breechloading guns, whereas the other shows the transition to the modern artillery of the 19th and 20th centuries. 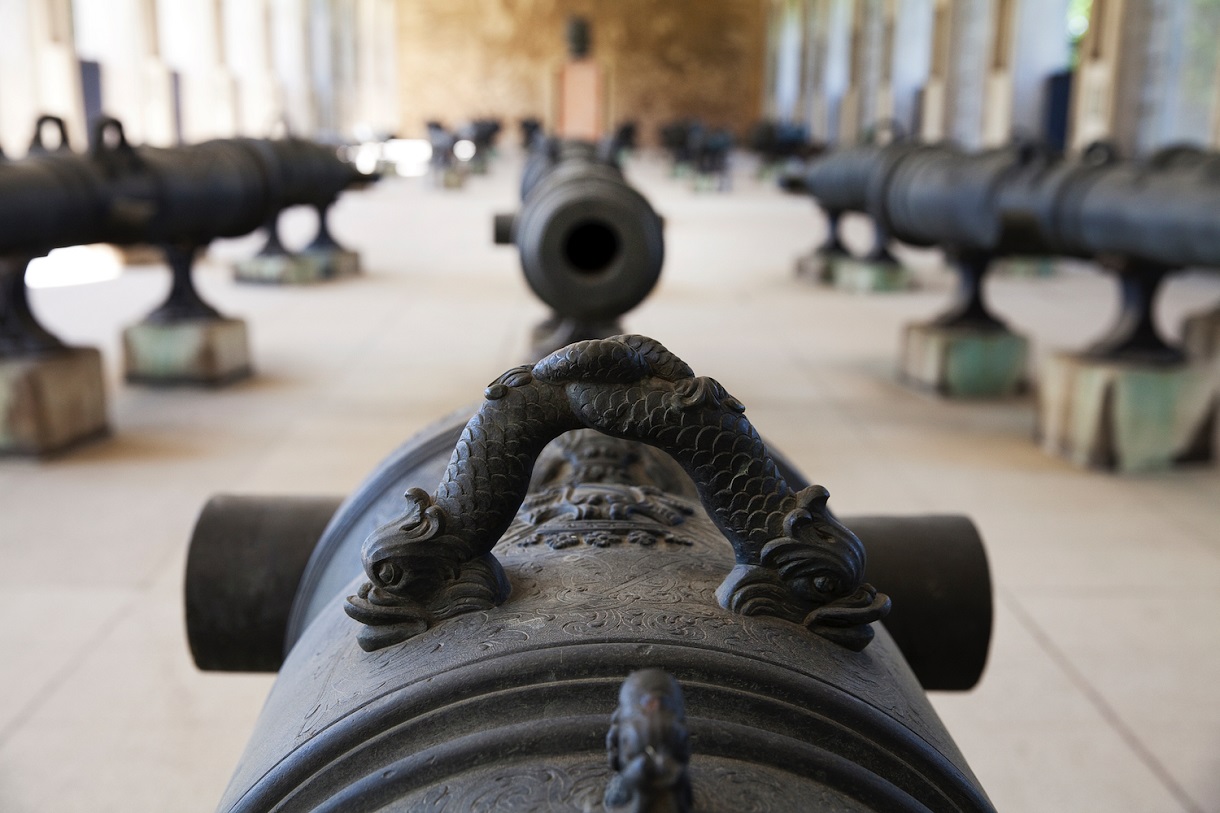 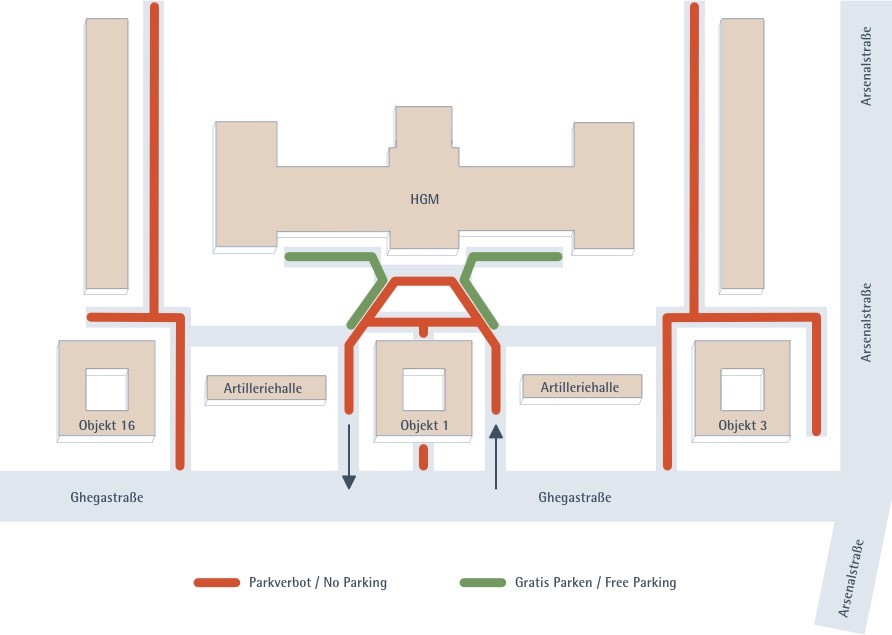