For your better guidance, the most popular thematic areas are listed below.  For detailed information please click on the desired topic. 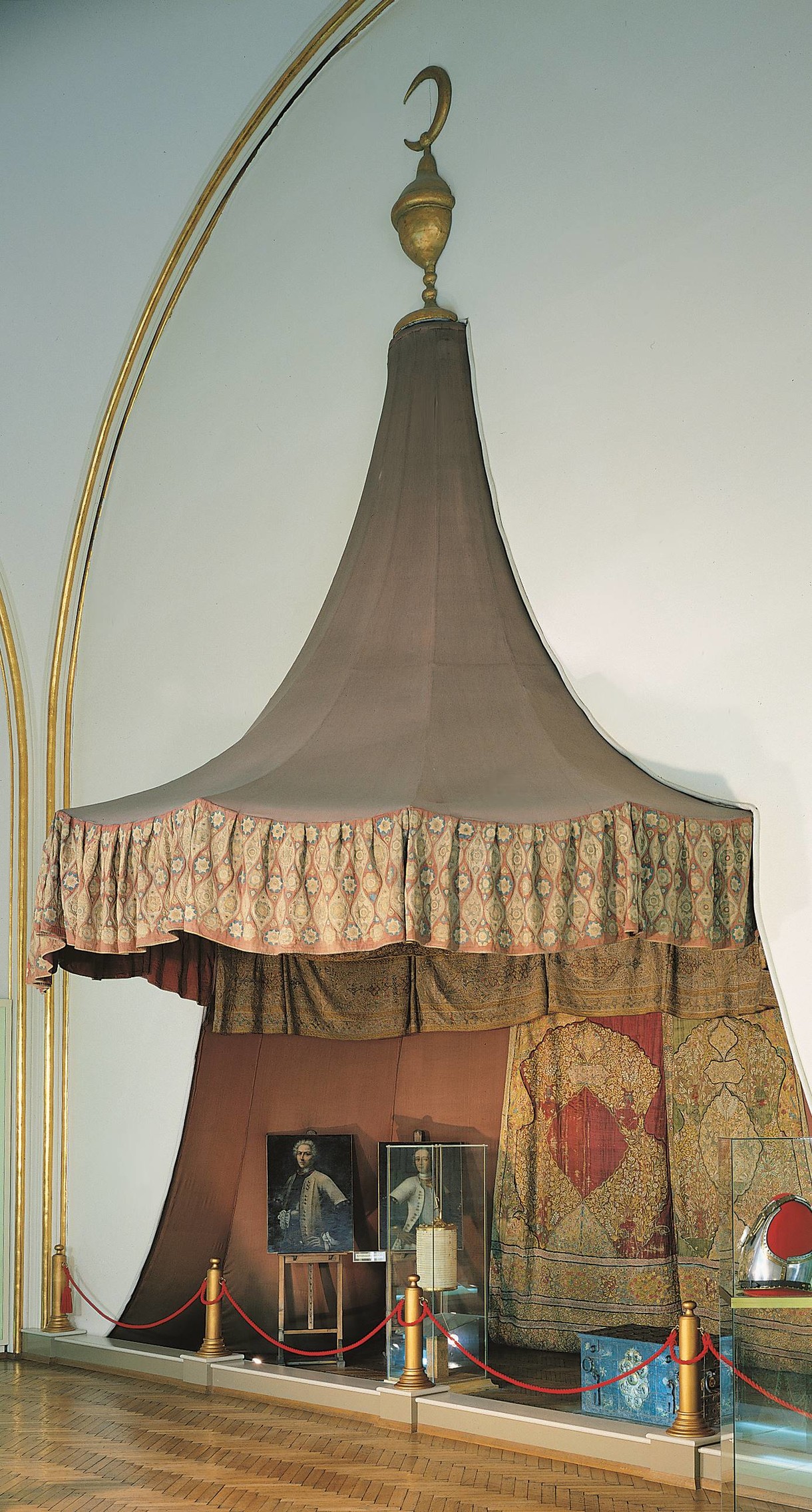 Our interest is focused on the so-called “Turks’ treasure”. Here we explore Turkish flags and their symbols, bow and arrow, turbans and drums. Furthermore, we will closely inspect the Turkish tent put up in the museum. Looking at a huge painting of the 1683 Siege of Vienna, we keep track of the city’s historic development, getting to know important people on the way. A worksheet and the crafting of Turkish ornaments round off this exciting insight into the past. 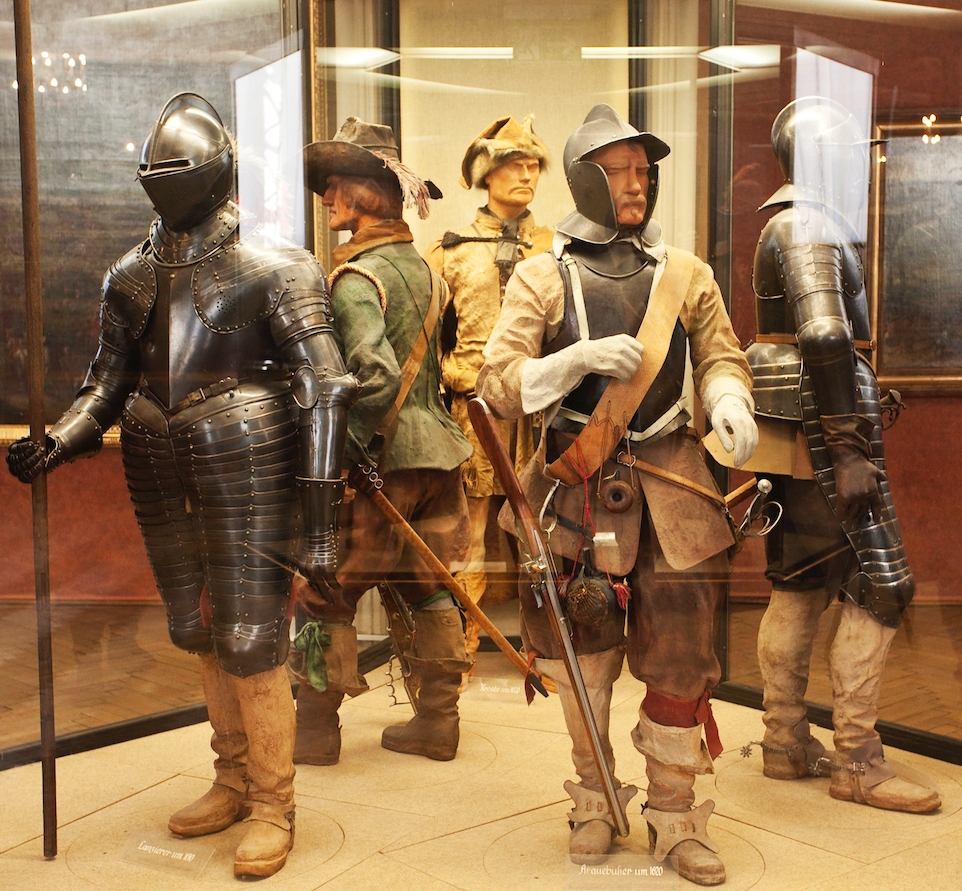 Our young visitors find out about the living conditions of soldiers and their equipment as well as its manufacture and function. Departing from impressive paintings, we will not only shed light on the sites of these long-lasting armed conflicts and their political background, but we will also discuss the social circumstances of the time. A number of group tasks will encourage reflexion and in-depth understanding of the topic. 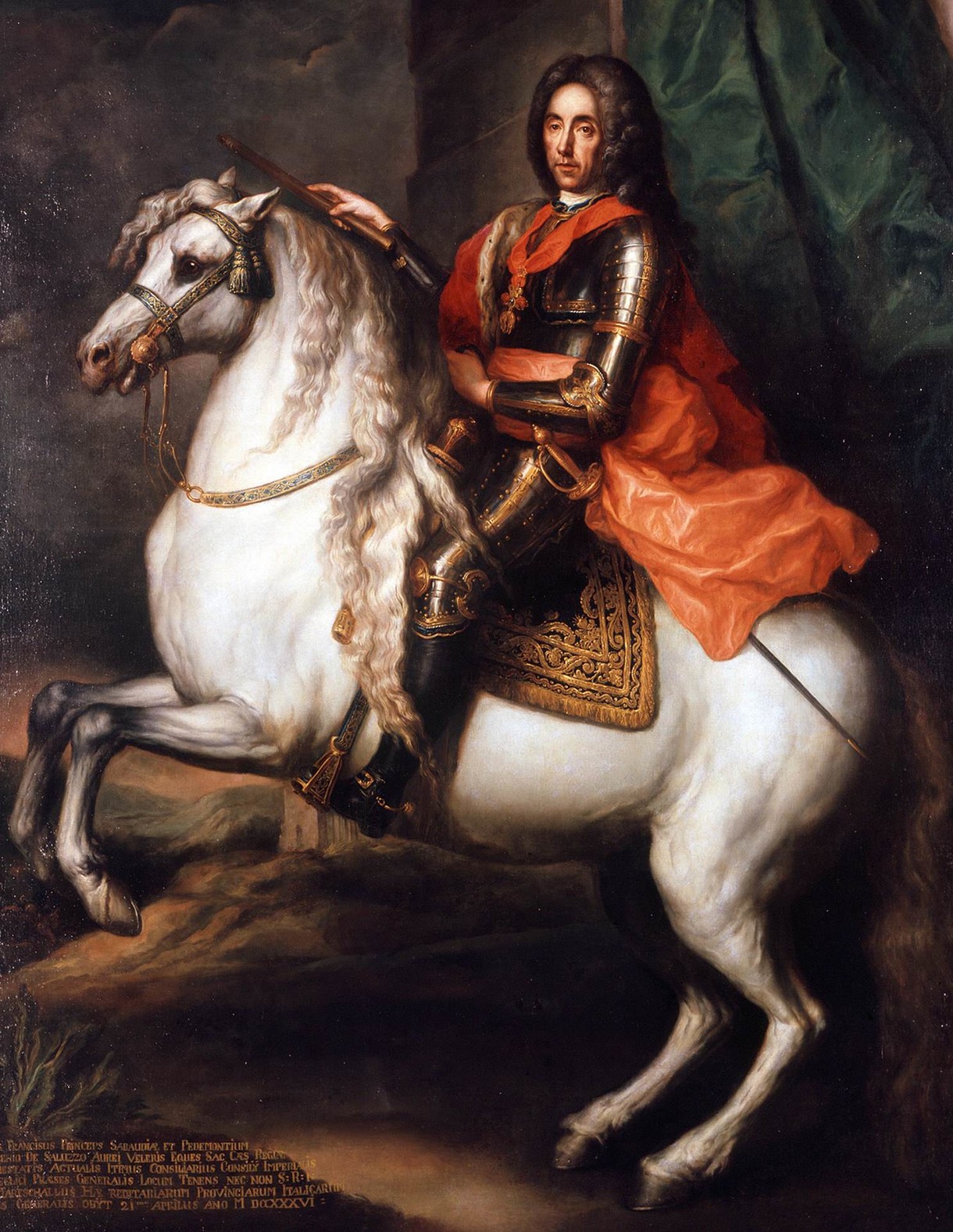 By means of paintings, flags, garments, and memorabilia, Prince Eugene of Savoy is presented to the pupils as a diplomat, patron of the arts and military commander of the Baroque. Moreover, another crucial event shaping the history of the city of Vienna for a long time will be focused on:  the Second Siege of Vienna in 1683. Searching tasks or cross-word puzzles are to foster independent work on this era, and a final game makes the character of Prince Eugene come alive once again.

From children, wars and reforms - Maria Theresa and Joseph II. 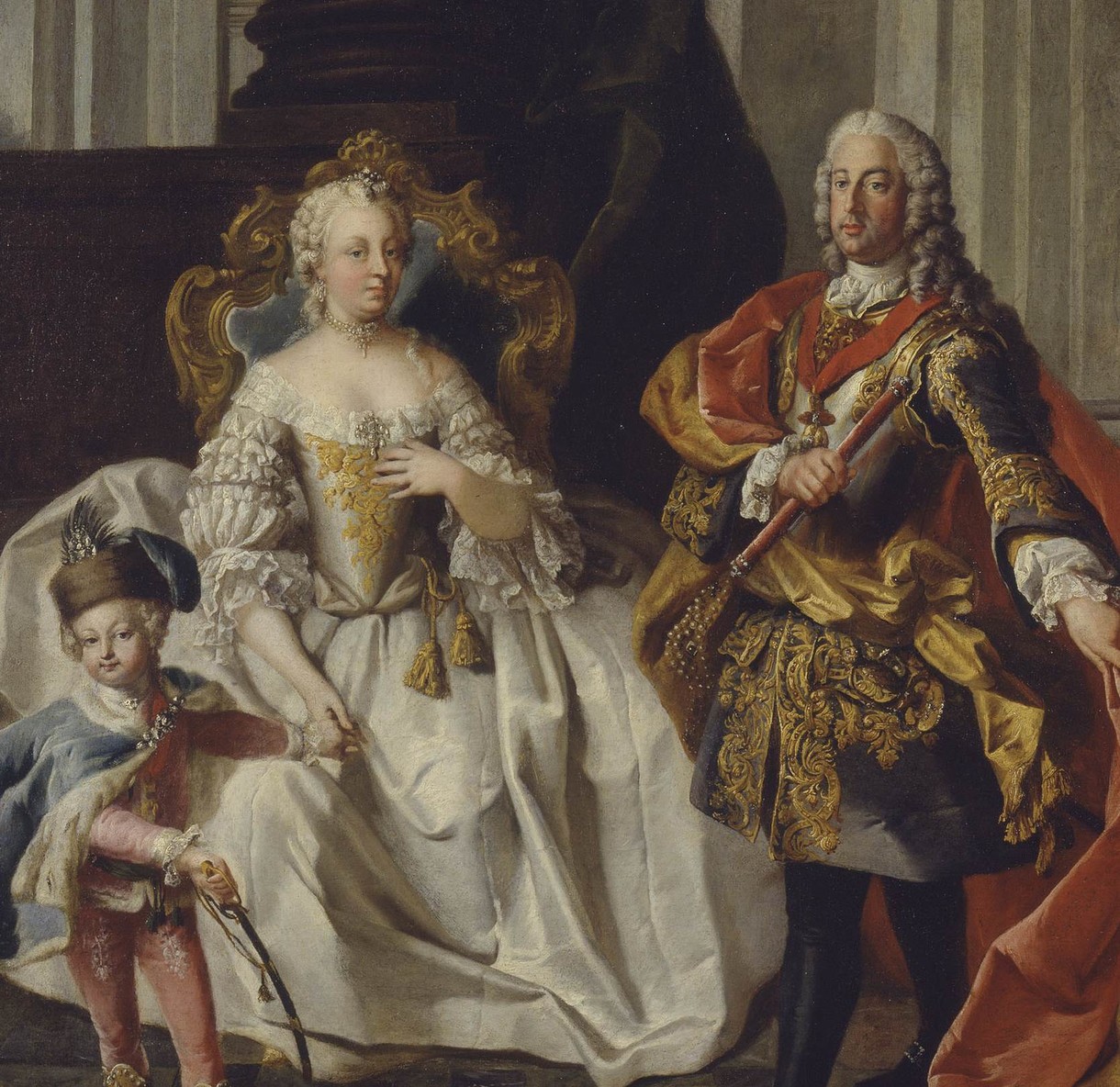 Who were Maria Theresia and her son Joseph II.? What have they done during their reign? How could Maria Theresia reign as woman, in a time when women had no power at all? The guiding tour answers these and other questions about life in the so-called "aufgeklärter Absolutismus". In addition to two wars and the domestic reforms, we also regard Maria Theresia  as an individual in the context of her family. The diverse perspectives are illustrated by various objects and paintings. Final crossword puzzles, where you have to work in small groups, should repeat the content and brings the students to reflect their experiences. 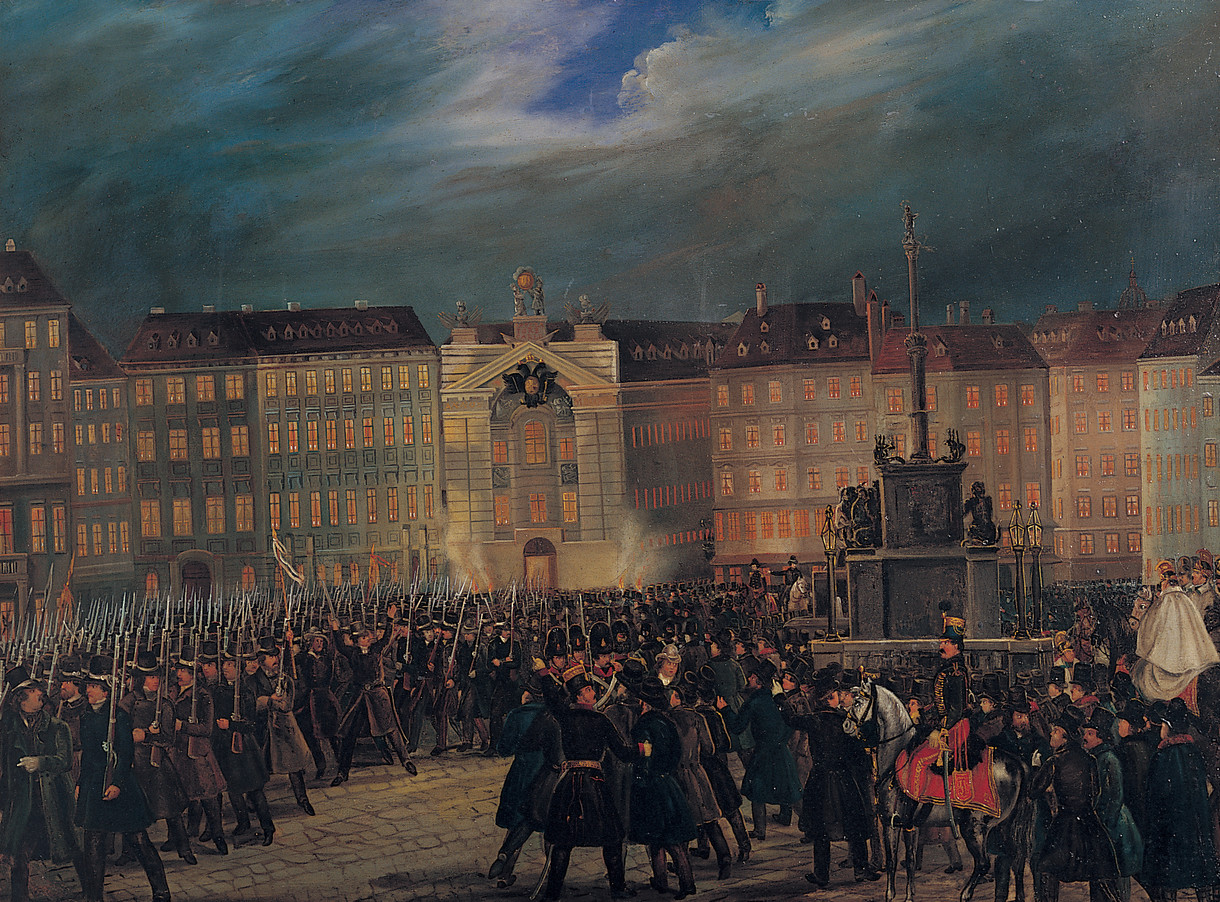 Our primary concern will be the year 1848. What demands did the Austrian revolutionaries make to their rulers, and what consequences resulted from this awkward national political situation?  What role did Metternich play? What happened in Hungary and Italy? Who are Radetzky and Windischgrätz? A handout will serve as a guide through history. The young  visitors are invited to solve various tasks during the tour individually, thus eventually holding an excerpt of the events between 1848 and 1866 in their hands. 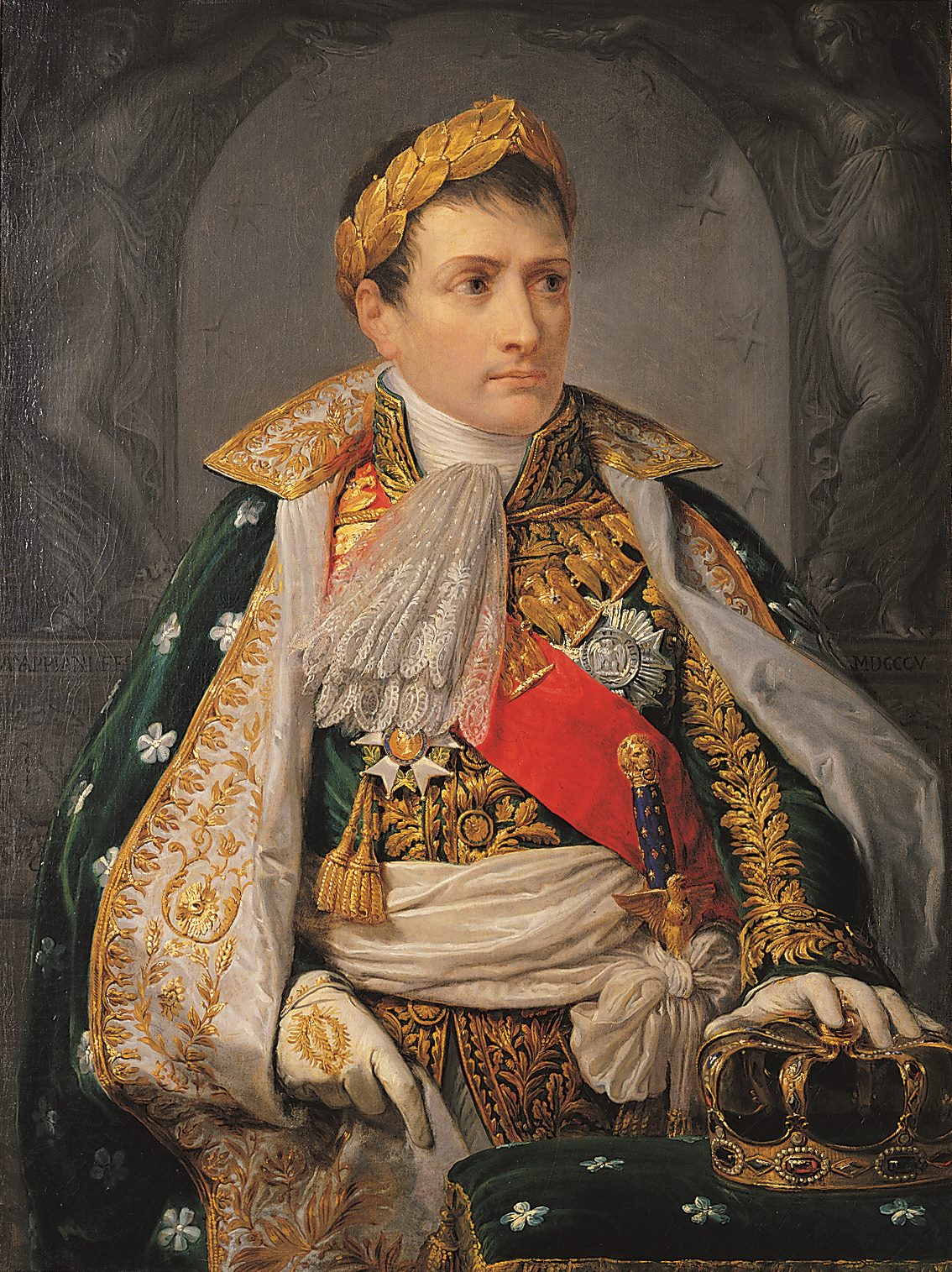 The fight going on between Napoleon and Francis II./I. had far-reaching and long-lasting consequences on politics and society. There were interesting personalities, like the Archduke Charles, Prince Schwarzenberg or Andreas Hofer, whose lives we will explore. In a pleasant way, extensive paintings show episodes of the Battle of Aspern or the Battle of Nations of Leipzig. Together we will try to analyse the displayed content. An independently created flowsheet of the House of Habsburg is to serve as a guidance concerning time lines and persons. 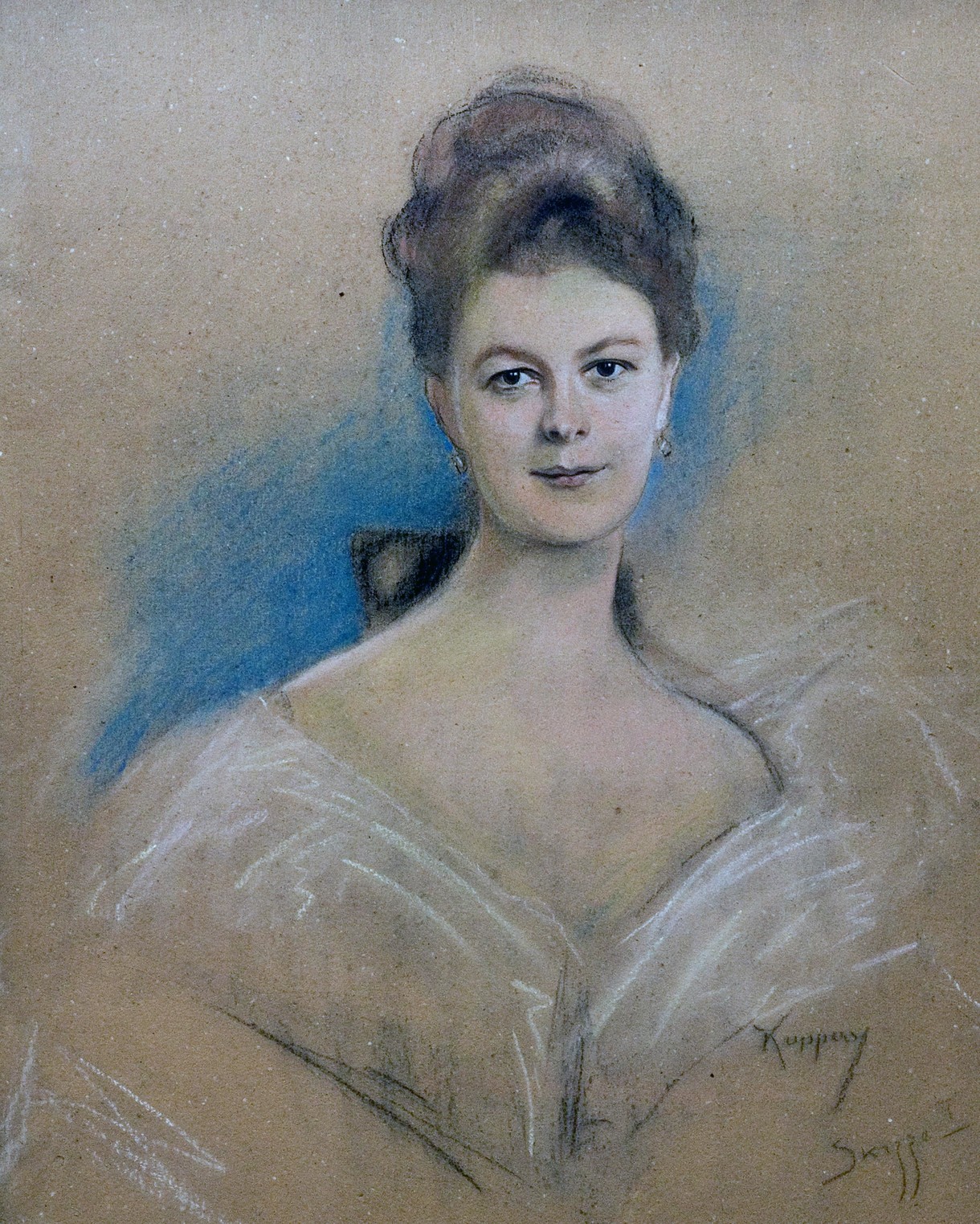 Three centuries of Austrian history are shown in our museum, in which women have a crucial role to play. By means of carefully chosen exhibits we experience women as canteen proprietors during the Thirty Years’ War, as sovereigns (Maria Theresa), as duchesses (Sophie of Hohenberg), as nurses during World War I., and as vehicles of advertisement during the Nazi time. Together with the pupils and by means of different tasks, we try to reconstruct the image of women pertaining to the respective eras.

Who invented black powder? All these questions will be dealt with during the newly conceptualised guided tour, designed especially for the 16 to 18-year-olds. Together we will trace back the history and technology of the “shooting iron”. In former times, interstate conflicts were too often decided on the battlefield. Fatal fights with far-reaching consequences up to the present, like for example the Battle of Königgrätz in 1866, were also influenced by the use of newly conceived weapons. All that and much more stands to be explored. A riddle helps to revise and complete the newly acquired knowledge.

Migration as a chance for Austria 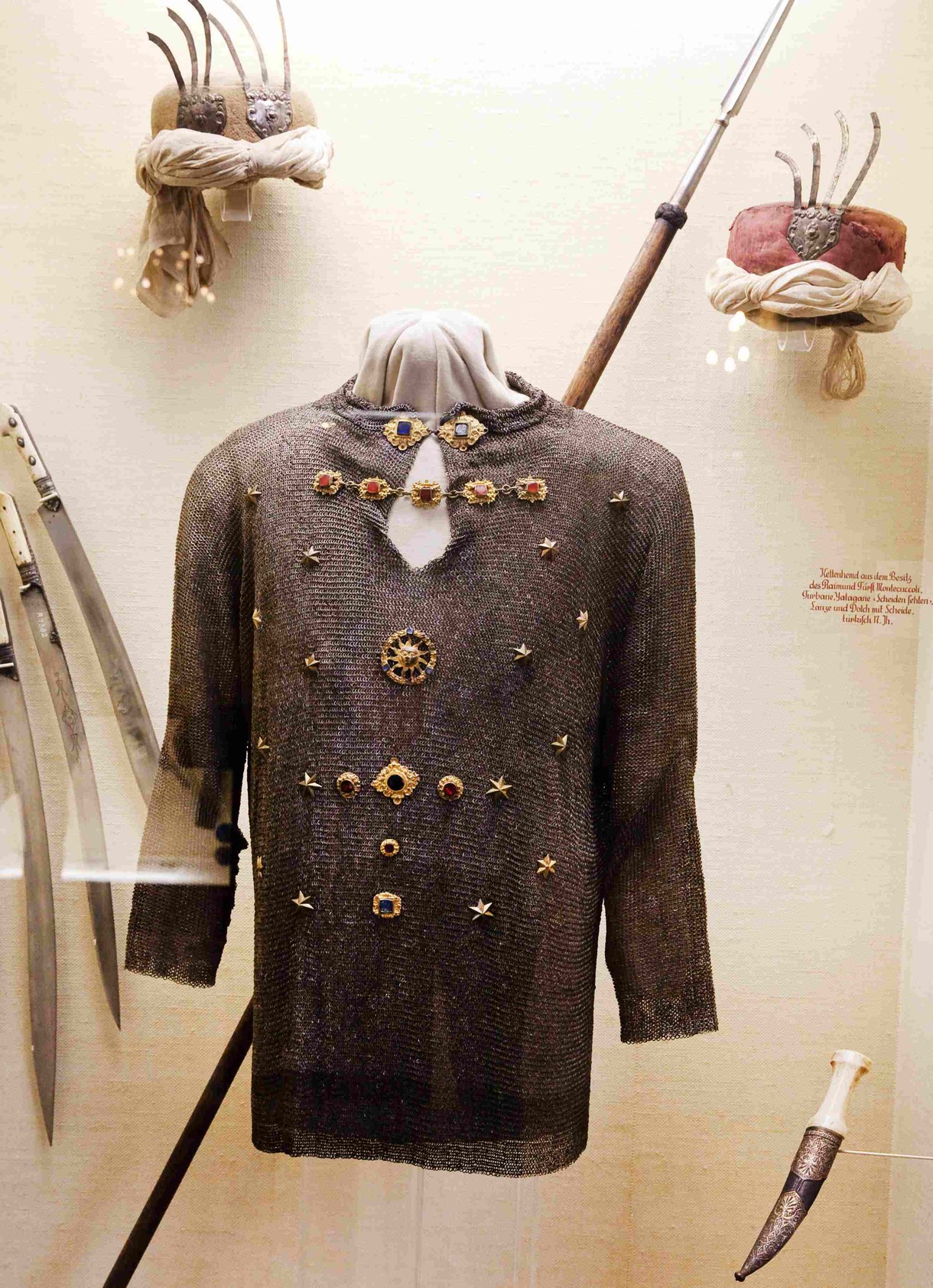 Austria has been a migration country for centuries, and many cultures, religions and languages meet in this melting pot. This educational programme aims at historically underpinning different points of view. The Ottoman Empire, the multi-ethnic state and National Socialism are taken as examples and analysed interactively with the pupils. From these three modules, two can be chosen at a time. The influences on language, education and science are in the foreground, exemplifying that the clash of cultures can be fruitful and enriching.

This programme was created during a project with the cooperative middle schools Plankenmais and Infomedia. 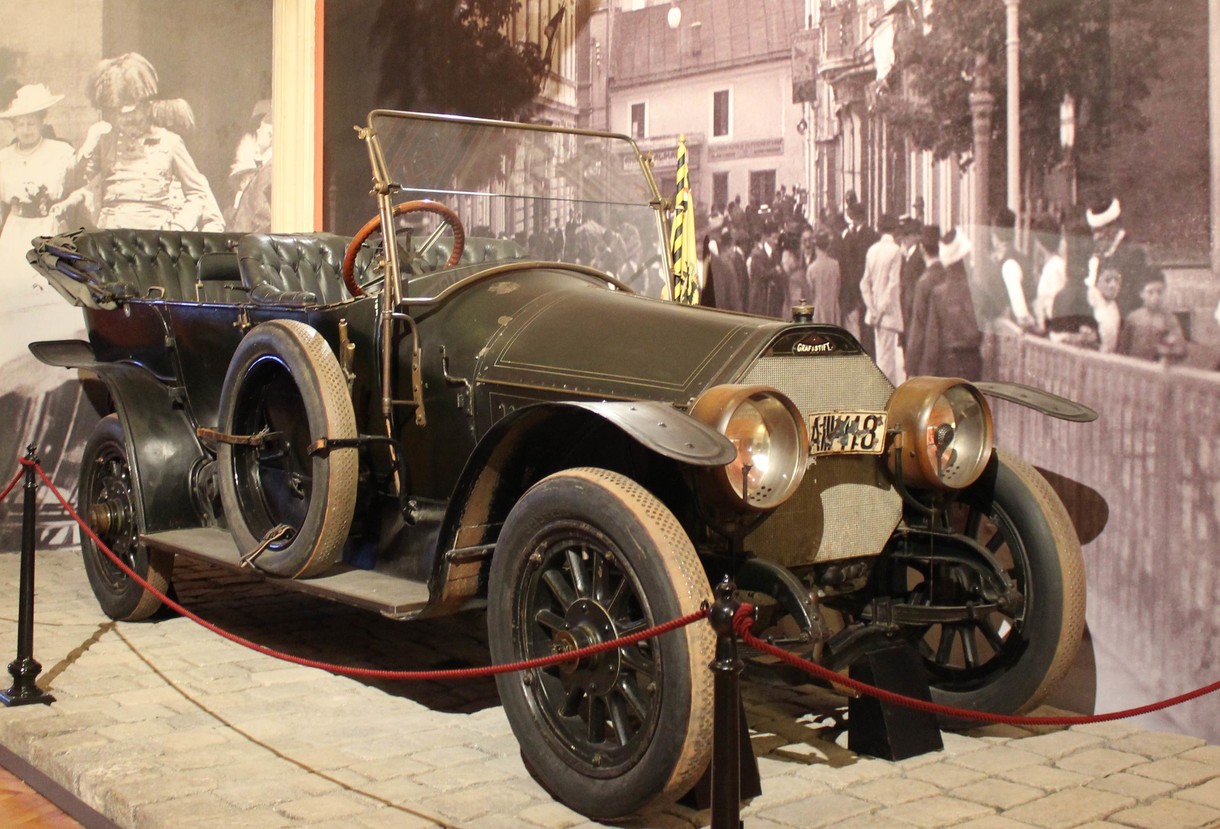 We will tackle the question of what happened at the European theatres of war during World War I and where they were actually located. Our young visitors will get an insight into the technological development at the beginning of the 20th century. With the help of worksheets, the pupils can do follow-up exercises on the topics. 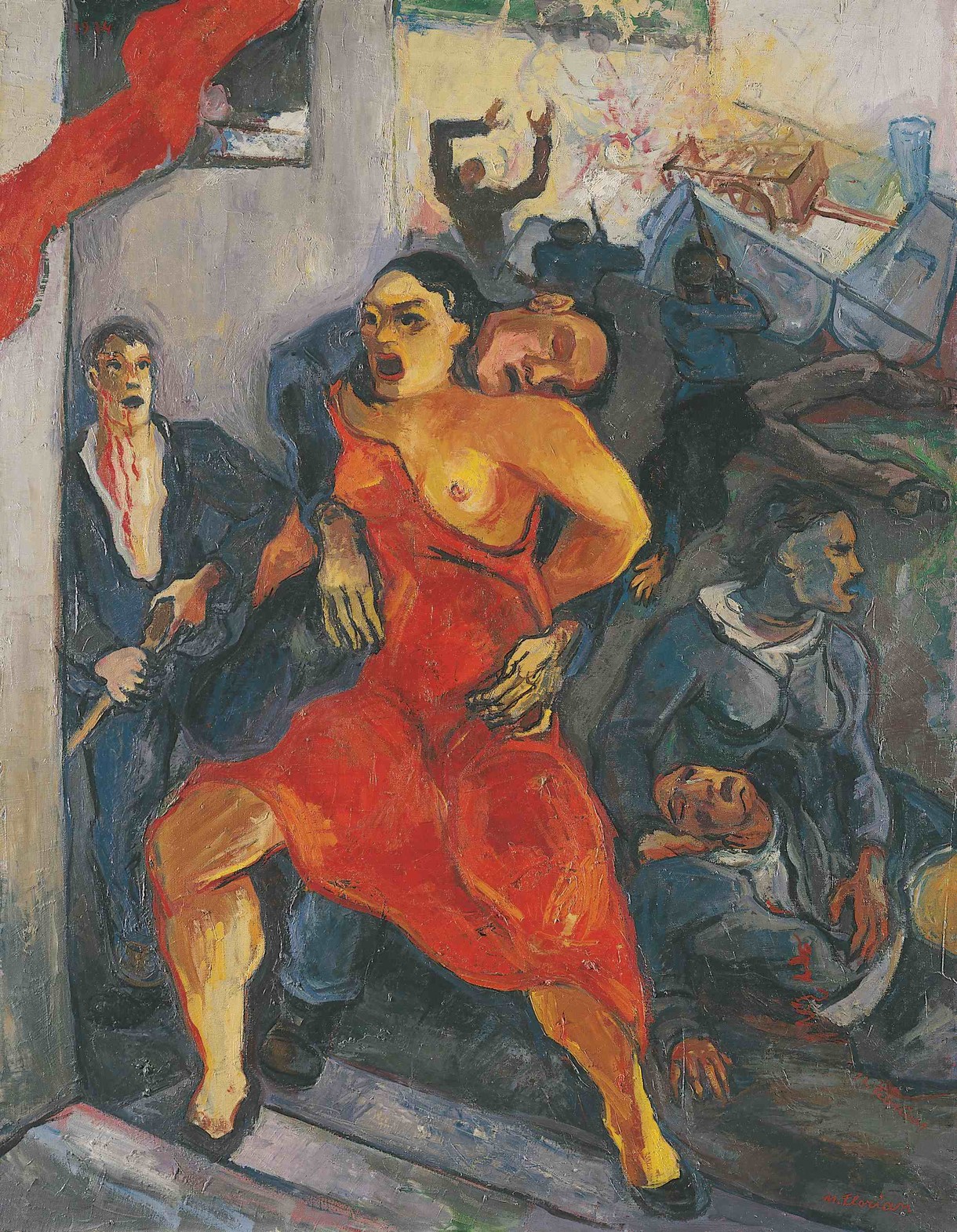 Our young visitors will get an impression of how difficult the political situation was in Austria after the monarchy had collapsed. Fights of resistance, rivalling paramilitary units, and conditions characteristic of civil-war paint a picture of violence of politics and society of the time that is worth analysing. We study the political posters of the time, referring, amongst others, to women's suffrage but also to anti-semitism. Audiovisual media are used to support our journey to the past. 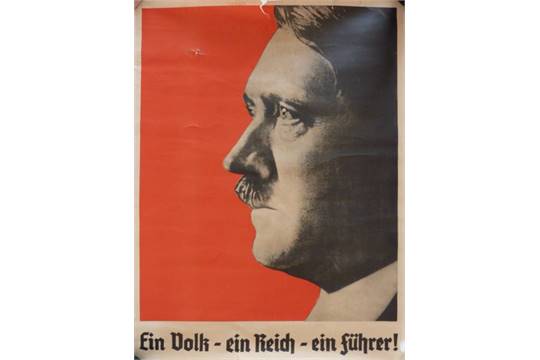 The Nazi ideology, strongly influencing a whole generation, the “Anschluss” (annexation) of Austria to Hitler Germany as well as the horrors of World War II are only some of the topics that we will elaborate together with the pupils. Posters, propaganda materials, art installations, and everyday objects invite a vivid discussion and constitute the basis for an intensive study of this historical period of our more recent past. Here, too, audiovisual media and worksheets are used in support of our activities

Propaganda in the Third Reich 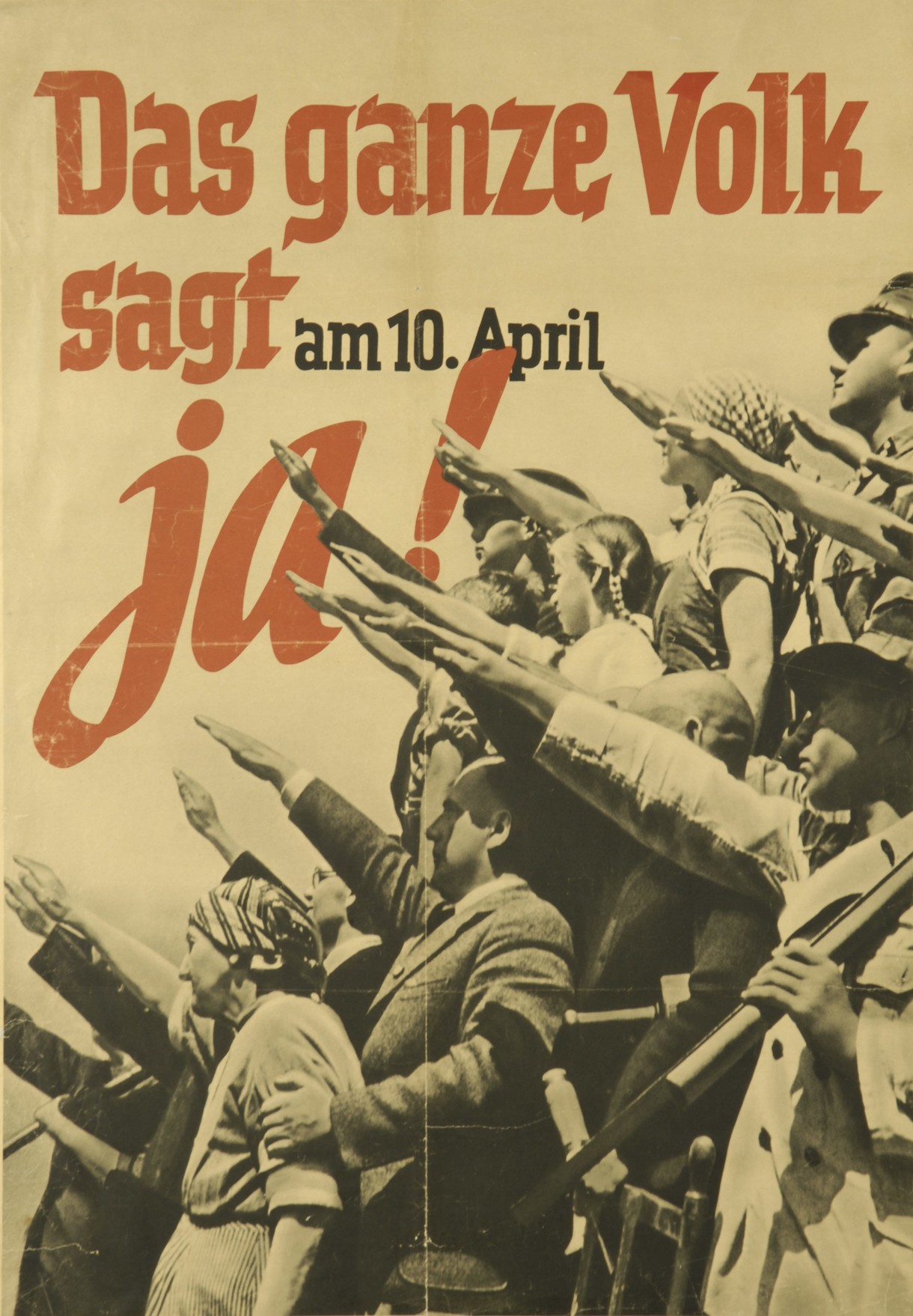 The methods, aims and implementation of the political propaganda in National Socialism are analysed with the help of audiovisual media, posters, and everyday objects. Our young visitors get an idea of how intensely the propaganda penetrated individual lives and what kinds of ideological concepts it transported.  During a comprehensive creative phase of the workshop, pupils have the possibility to study special thematic areas in depth.