War against the Ottomans 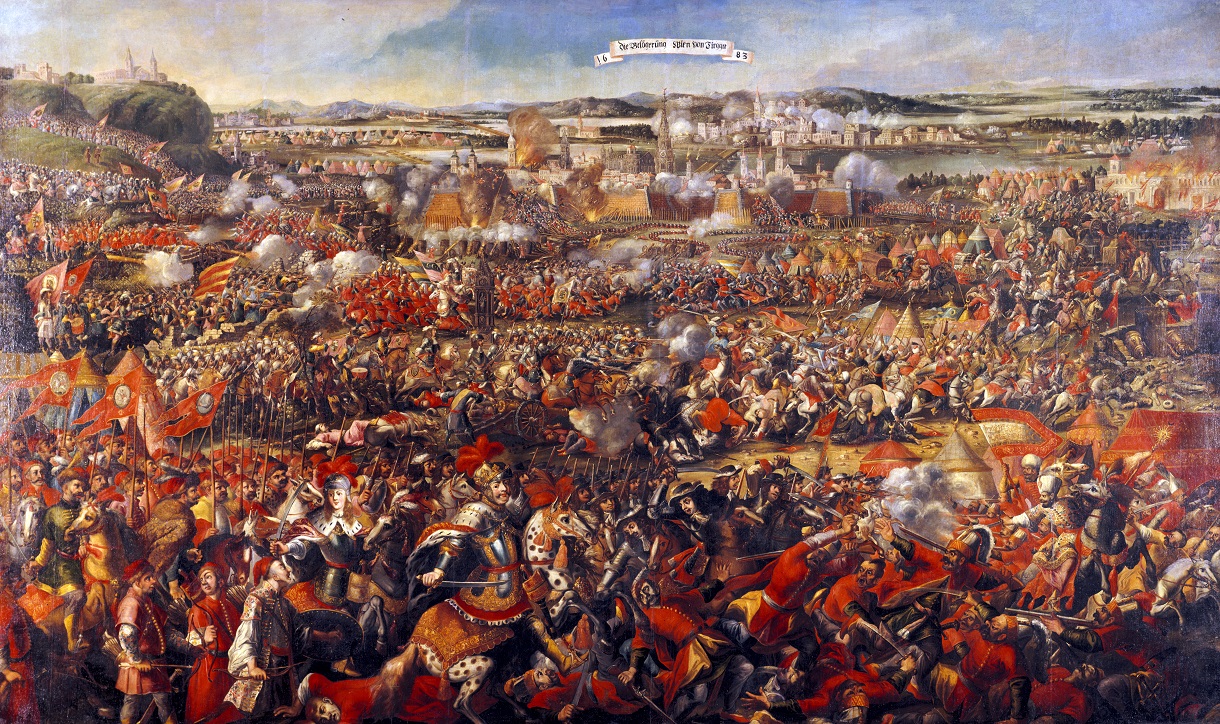 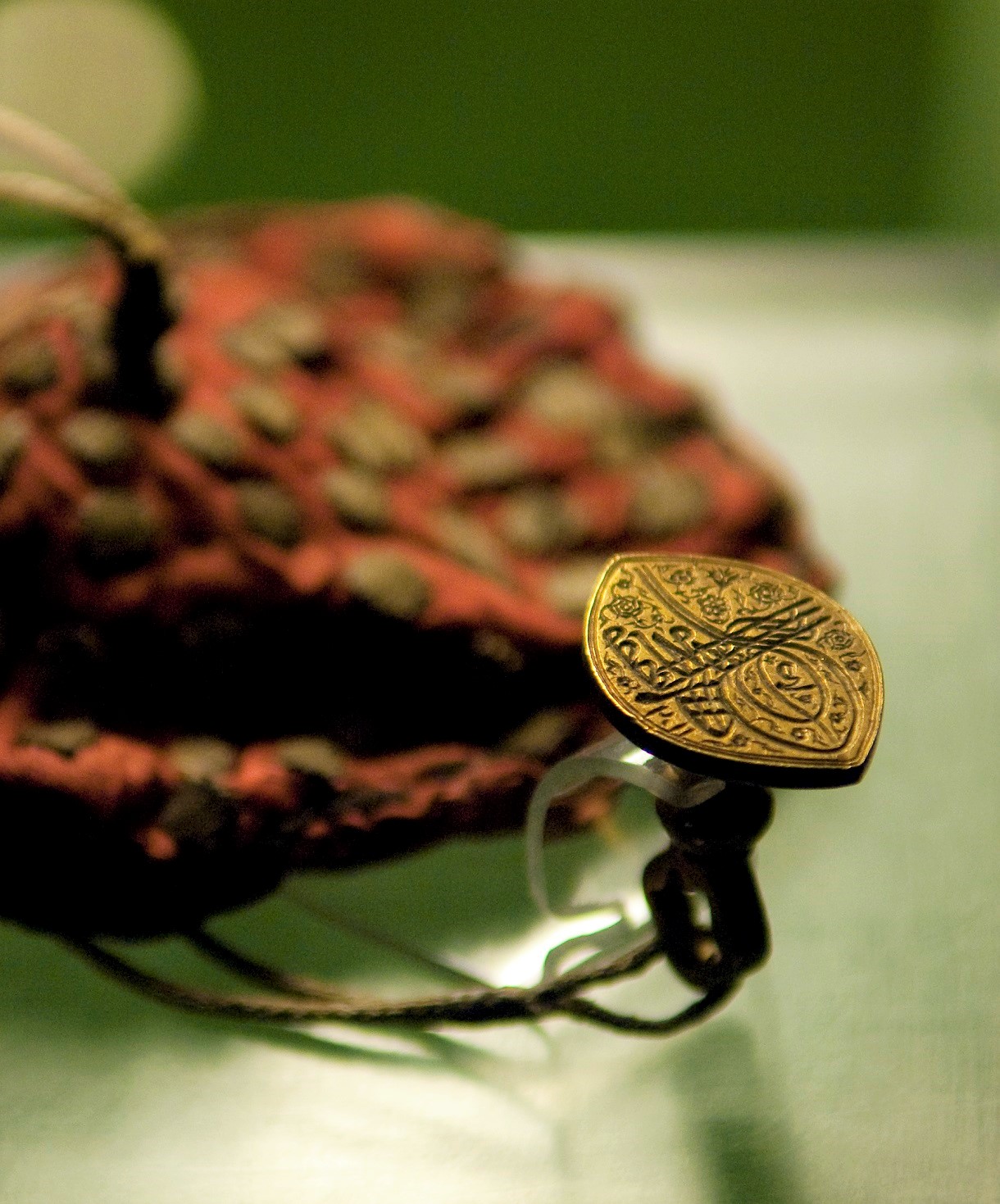 The heart of the hall showing the Ottoman Wars is a showcase displaying Ottoman weapons, headgear and insignia. On the back side a monumental painting depicts the relief battle of Vienna 1683. 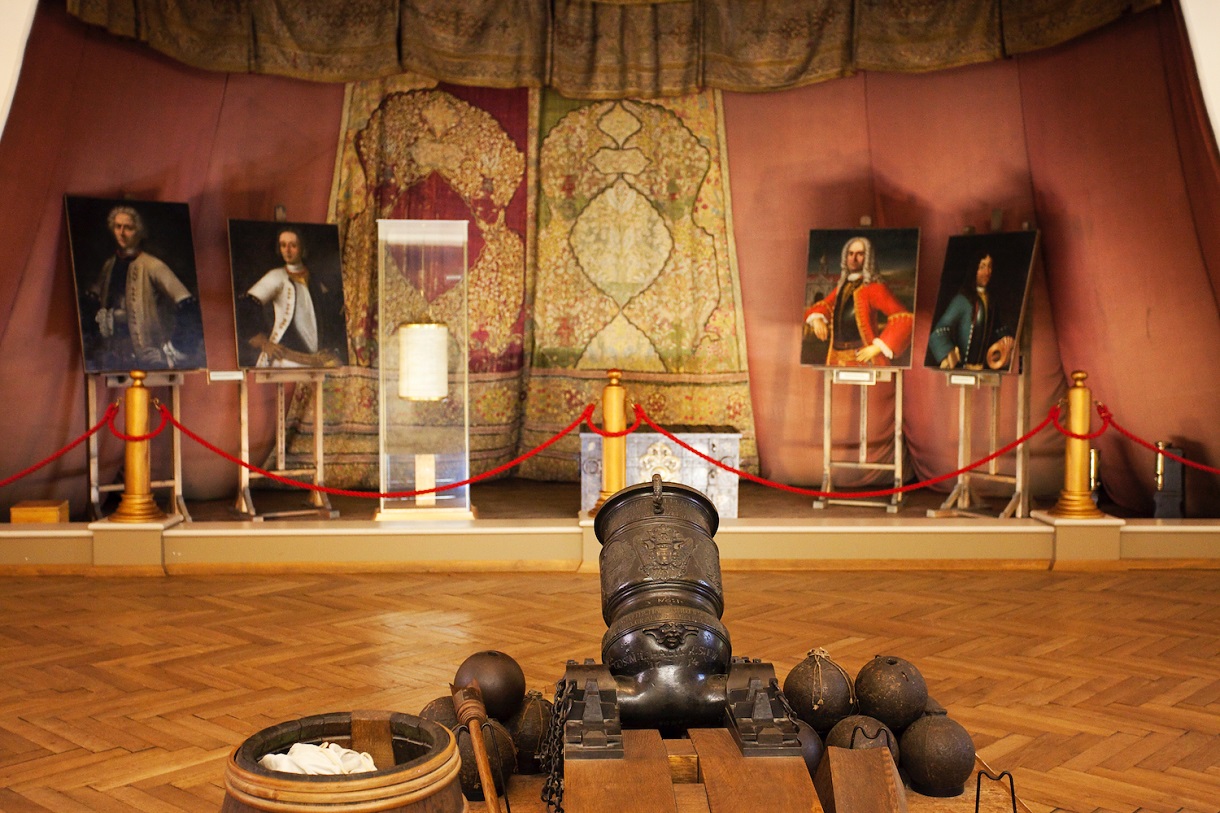 The Ottomans, who had continued to advance to the west and north in the 16th century, besieging Vienna for the first time in 1529, did no longer, at least temporarily, represent a danger for Central Europe.  However, East and Southeast Europe were still a part of the Ottoman Empire, and the concern at new advancements remained. It was only in the 1760ies that the Ottomans, whose army had a completely different structure as well as different weapons compared to Central European armies, advanced to the west again, where they were defeated by a European Army led by the imperial Field Marshall Prince Montecuccoli at St. Gotthard on Raab (Mogersdorf) on 1 August 1664.

Twenty years later the Ottoman advancements entered into a decisive phase when a Turkish army, led by the Grand Vezier Kara Mustapha, reached Vienna in July 1683. The relief battle at Vienna, in which imperial, Polish and German forces under the command of the King of Poland, John III Sobieski, defeated the Turkish besieging army on 12 September 1683, introduced the turning point as well as the pushing back of the Turks. In this context, not only Margrave Ludwig of Baden but also Prince Eugene of Savoy became increasingly involved.