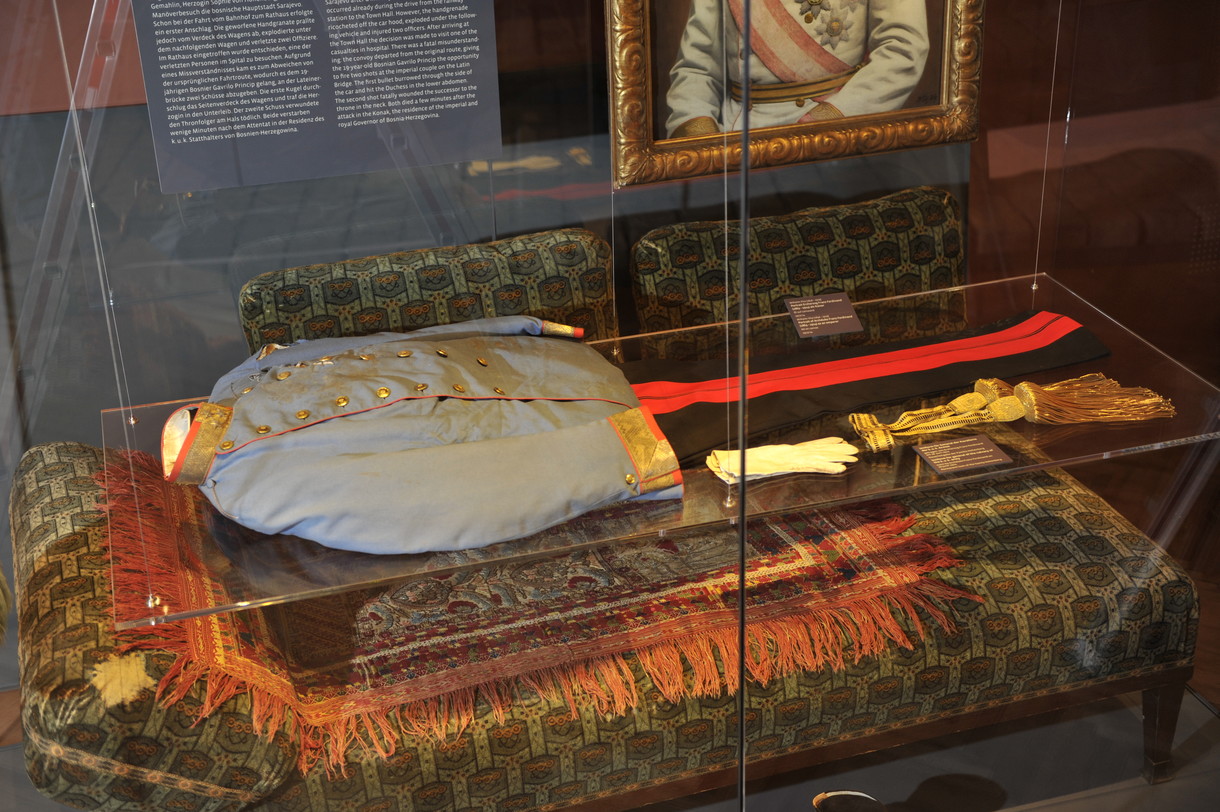 Three objects dominate this hall: The automobile, in which heir to the throne Francis Ferdinand and his spouse were shot to death, the blood-soaked uniform jacket of the Archduke, and the chaise longue on which he died. 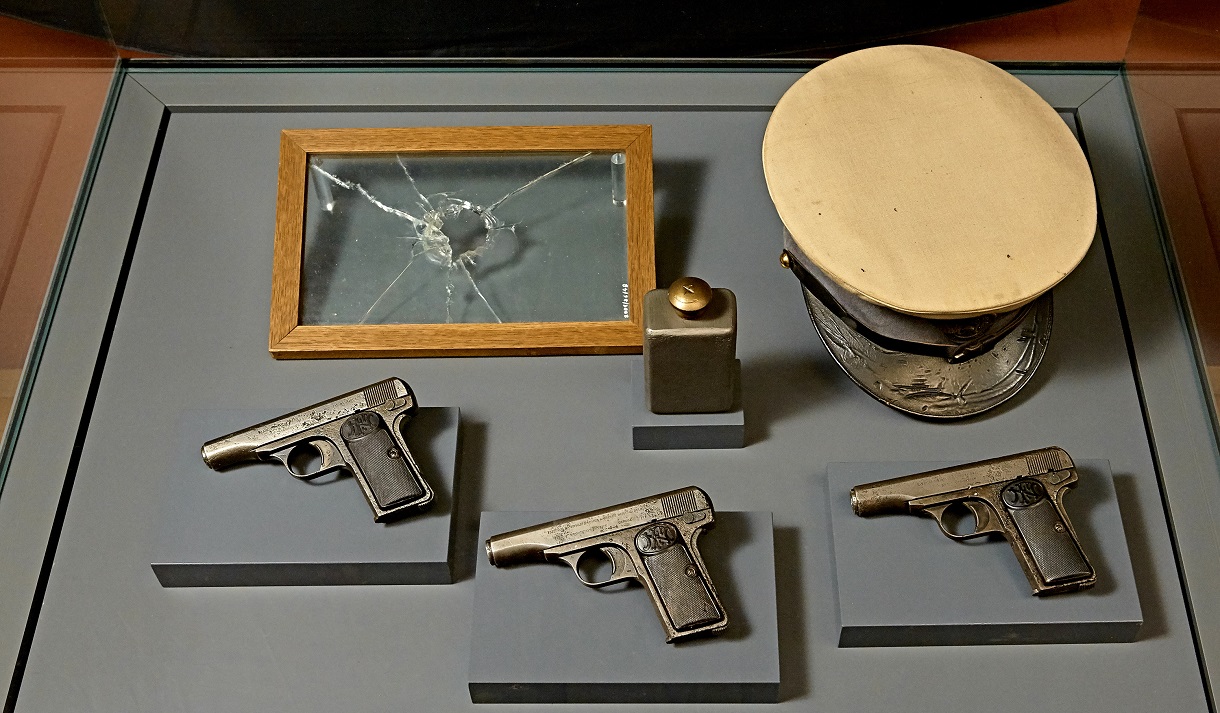 After the death of Crown Prince Rudolf and the brother of Emperor Charles Ludwig, the nephew of the Emperor, Francis Ferdinand, became heir to the throne. The latter had not received political but, all the more, military tasks from Emperor Francis Joseph, and was to be commander-in-chief in the case of war. However, it was Francis Ferdinand of everybody, who was trying to keep Austria-Hungary out of a war, not least because this would enable him to reform the Empire. 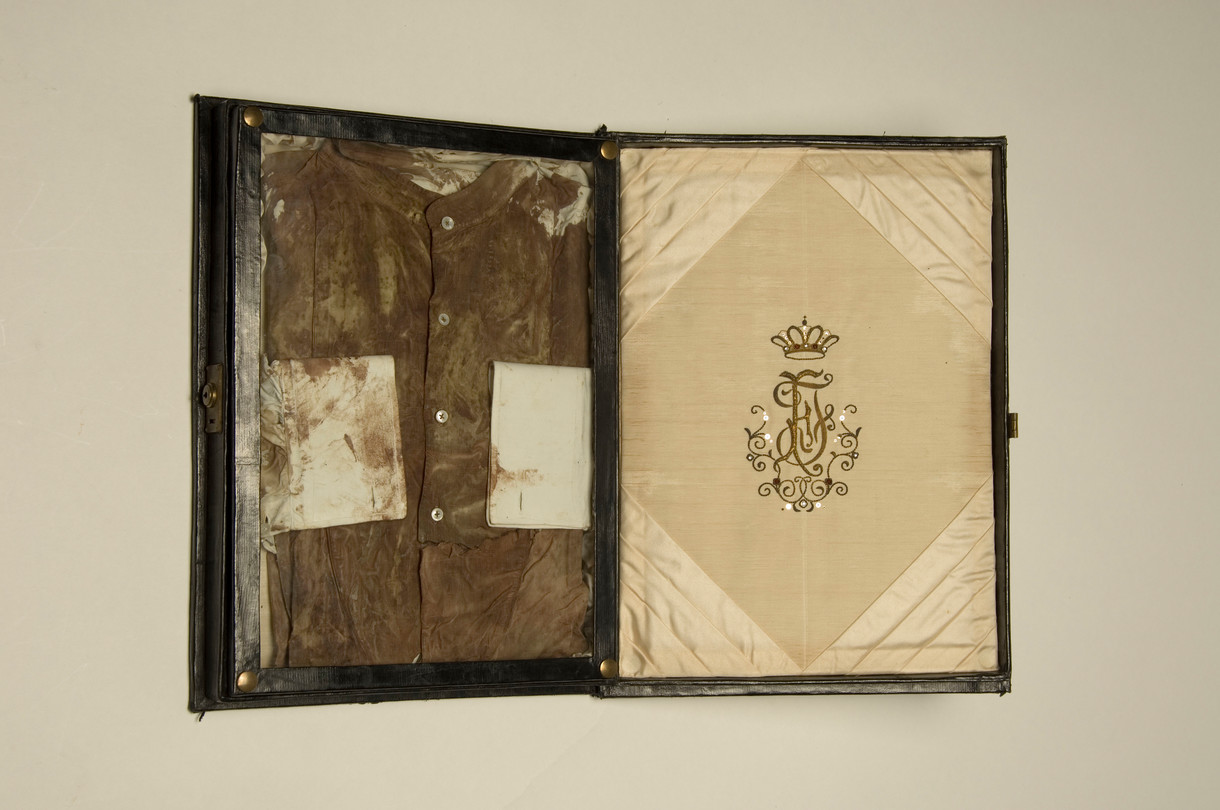 Yet, more and more people were saying that the Habsburg monarchy was no longer timely and that even reforms had their limits. Nevertheless, ever more ways of Compensation were being envisaged, aiming at harmonising the interests and particularities of the peoples of the Empire. Finally, all these efforts became obsolete in one single moment. When the heir to the throne came to Sarajevo in 1914, he and his spouse, Duchess Sophie of Hohenberg, were shot to death by Gavrilo Princip on 28 June.